Modern Biotechnology in LDCs: governing innovation in India's agricultural markets - Part 3:The international dimension and its interdependencies with the local context
-- An entry in Daniele Navarra's web space (in the FGB's web site) --

Modern Biotechnology in LDCs: governing innovation in India's agricultural markets - Part 3:The international dimension and its interdependencies with the local context

Innovations and new plant varieties are of great importance to increase farmers' income and promote wealth creation in general, unfortunately purchasing new inputs or labor is often a drawback that constrain farmers' choices and preferences. Embedding GURTs are not the only steps that the innovators are considering to protect intellectual property rights in agriculture. The following documents provide some guidance:

· TRIPS and especially article 27.3(b) ,
· the UN Convention on Biological Diversity (CBD),
· the International Undertaking on Plant Genetic Resources [for food and agriculture] (IU) by the Food and Agriculture Organization of the United Nations,
· and the International Convention for the Protection of New Varieties of Plants (UPOV).

According to an Oxfam study on the effects of patenting life forms in agriculture (Tkatchenko, 2002:5) the coordination between these agreements remains uncertain. Tkatchenko (2002) points out that there is a discussion about a potential synergy between the IU and the CBD, but an agreement has not yet been reached. The position of the CBD itself is precarious since it has received little backing from international bodies. And non-signatory states, including the US, continue to assert the supremacy of the TRIPS over the CBD. Currently, membership to the World Trade Organisation (WTO) requires the institutionalisation of TRIPs; under the assumption that innovations developed in the North can un-problematically diffuse and prosper in the South as well. Beside the varying degrees of truthfulness of the previous assumption in relation to the application of knowledge intensive technologies such as GM seeds, consider the example of Monsanto patenting Chapati, a traditional Indian bread. What is going to happen to enforce such a patent remains still unknown, but it will certainly contribute little to increase the available income of farmers or to promote acceptance by the general public of patents around GM technology. Unpredictably, this has happened despite India has adopted a sui generis system that gives the country more autonomy in setting patent legislation, which will be discussed in the following section. 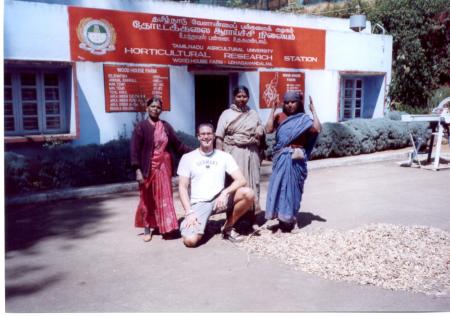 Hence, it is not difficult to understand the reason why a general feeling of mistrust emerges from the various respondents about the use of transgenic seeds and many have more or less openly declared their opposition. Yet the macro-institutional framework is moving, albeit slowly, for their legitimisation. Remember that the Indian seed sector hosts a number of small firms, but only few with large operations; Monsanto and Du Pont being the largest. A possible risk coming from the present industry structure is that due to its fragmentation consensus over legislation would require a long and tedious process of negotiation among the various producers, while bigger players could have an easier life and greater impact and say on future decisions. For instance, while local newspapers acclaim that Second Green Revolution is taking place in seed production, some of Punjab's large farms contain state-of-the-art Research and Development laboratories that produce only for exports. On the other hand, GM seeds remain still unaffordable for the majority of Indian farmers, require the use of expensive bio-fertilisers and risk to perpetuate the spiral of indebtedness that affects so many of them already.

What is happening in India at the moment is that the technology is there, but not yet widely available. Not only the complexity of developing a transgenic plant means that many patented technologies may be required to produce a GM plant with the desired trait (Pary & Naseem, 2003:5), but laws and enforcement of intellectual property rights have not changed since 1972, when new chemicals, pharmaceuticals, and food and agricultural products were excluded from product patent protection (Pray & Basant, 2002: 48). Introducing GURTs is one of the counter measures considered by the innovators to retain their share of monopoly profits, but it is taking valuable research time and resources away that could instead be dedicated to the priorities of the people and farmers living in India. In other words, as long as prices and restrictions to reproducibility remains high, and policy making bodies do not consider taking actions to reduce seed prices, very little of the benefits can be captured by the farmers, thus the innovators may gain today, but will lose potential income generating customers in the future if there is a backlash.